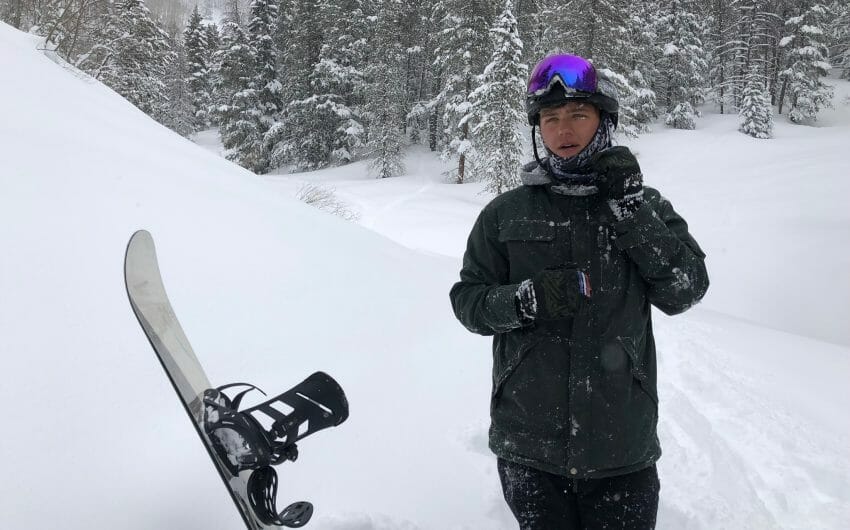 My exposure to seasonal work started when I was 15. I got my first job as an Elevator Operator. You know, that guy that presses the button for you and hears the same joke all day about how the elevator business has its ups and downs? I am from the relatively well-known vacation area, Myrtle Beach, SC and our season runs from the end of May to Early September. There was only a small frame of time each year while I was in high school to maximize my savings account. However, staying in the same industry for all those years just kept leading me to better and better jobs. I started to make enough money during the summer that I didn’t necessarily need to work during the off-season, which usually consisted of fast food jobs. I took a hiatus of working in Hospitality and Tourism to graduate high school early and get a head start on my Computer Science degree. After 2 semesters of college and working as an IT tech for that same college, I began to burn out hard. I had also begun to miss working seasonally. I felt trapped in my degree and in my job. I knew I had to get out. I had a lot of free time working the help desk which led me to discover Coolworks through a post on Reddit by Ethan Maurice. Ethan is a fellow Coolworks kid and seasonal traveler.

Fast forward one year to the summer of 2018. I had dropped out of college and started traveling. I was working as patient access in the ER on third shift. The job was a huge step forward for me but I had begun to feel those same trapped emotions that I had felt prior when working in IT. After some harsh realizations and reality checks, I decided it was time to make a huge leap into not only working seasonal jobs, but into living a seasonal lifestyle. I started looking into Coolworks again and my mind would often drift off about all the places I could go. I was absolutely hooked this time, it soon became all I thought about. So I began seriously looking at the jobs posted. I decided that I wanted to go to Colorado pretty quickly. My mother had lived there for a few years, and my friends, who frequented it for skiing, recommended it highly. I had found a post for a Sales position in Vail, Colorado and decided that I was just going to do it. I applied and didn’t even think twice about it. I mean, the worst that could happen is that I wouldn’t get the job, right?

Little did I know that this would soon send me into a spiral of chaos, changing my entire life for the better. I got a call from Talent Acquisition at Vail Resorts and interviewed that following Friday. I was accepted by Monday, and this crazy idea of moving across the country was tangible now. The job started October 10th, and it was currently August 20th. The pressure was on. A lot of people who have made the transition to a seasonal lifestyle will tell you, the easiest part is quitting your job. This is true. I remember going in on my day off, running on no sleep, and just being completely honest. I was not happy, and I was moving to Colorado. It was a huge relief and once that hurdle was out of the way, I needed to focus on moving out of my house. After multiple conversations and emails with the owner, I moved out two weeks later after my job with the ER ended. In between all of this, I had managed to find a short term gig with an equestrian center doing fine dining serving which paid for my flights and other travel costs. Everything was lining up in my favor and the dream was becoming more and more of a reality as each day went on. I remember sitting in a hammock at my friend’s farm after everything was said and done, watching the sunset over the Appalachian Mountains thinking “This is it”.

The time that I spent in Vail this past winter was truly life-changing. There wasn’t a day that I worked that I did not enjoy every minute. The four days of work in a row were quickly made up by 3 days of snowboarding in one of the most beautiful places in Colorado. In addition to snowboarding 54 days this season, I saw 7 live bands play for free and met a lot of professional riders like Danny Davis and Mark McMorris. My favorite part of taking this job through Coolworks was how many great friends I made. The demographics of people doing seasonal work, for the most part, have very similar mindsets. It was refreshing to meet all the young adults in Vail who were in similar positions as myself. I have to give a shout out to The Bunkhouse in Minturn, Colorado for bringing a lot of these folks like myself together. We were all in Vail for the same reasons, and it brought us closer together and made friendships that will probably last our entire lives. Seasonal work has truly changed my life, and I am forever grateful. I like to think back on when I felt trapped and then look at how far I have come. I am finally able to honestly say that I love what I do. My answer to anyone who isn’t comfortable taking a traditional route, in between college and a “real job”, or just seeks change: Go Seasonal.

Now, I am currently back in Myrtle Beach, spending my days beachside while waiting for another job that I found through CoolWorks to start. I will be heading to Jackson Hole, Wyoming at the end of this month to be a front desk supervisor and I could not be more excited. Thank you CoolWorks for being such a great company and providing so many people with these life-changing opportunities!

Here’s a list of some of the coolest things I got to do over the winter thanks to Coolworks!

Very interesting article.
I didn’t know that there was someone else in this world, who felt the same way I do about the daily 9-5 grind.
Zak has enlightened me to continue searching, to find where I’m meant to be, and never settle.