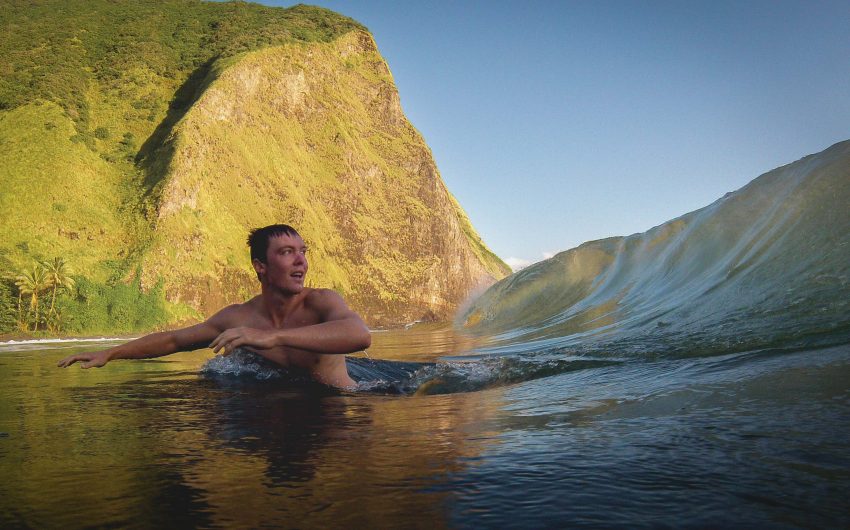 A mosquito bite almost ended my life at sixteen years old. It transferred a virus that infected the fluid surrounding my brain, causing it to swell and squeeze it, leaving me in a coma for four days and with the complications of a brain-damaging stroke. It mainly affected my speech, which took about two years to fully recover from. And when I felt I had recovered, that I’d made it back to “the old me,” one major difference persisted: I no longer believed that I was guaranteed a full life. I understood that life could end at any time.

This belief had life changing implications. Naturally introverted, it shoved me from the sidelines of life into the action. I worked hard in college to be a great student and become a sociable guy (which I struggled with as the stroke stifled my ability to speak in high school). My hard work paid off, I earned stellar grades and lived, partied, and explored northern Arizona with great friends. At twenty-one, I took living up another notch, riding a bicycle across the United States raising $96,000 for the children’s hospital that saved my life. At twenty-two, I graduated magna cum laude with a Bachelor’s Degree in Biomedical Science, poised for the jump into medical school. 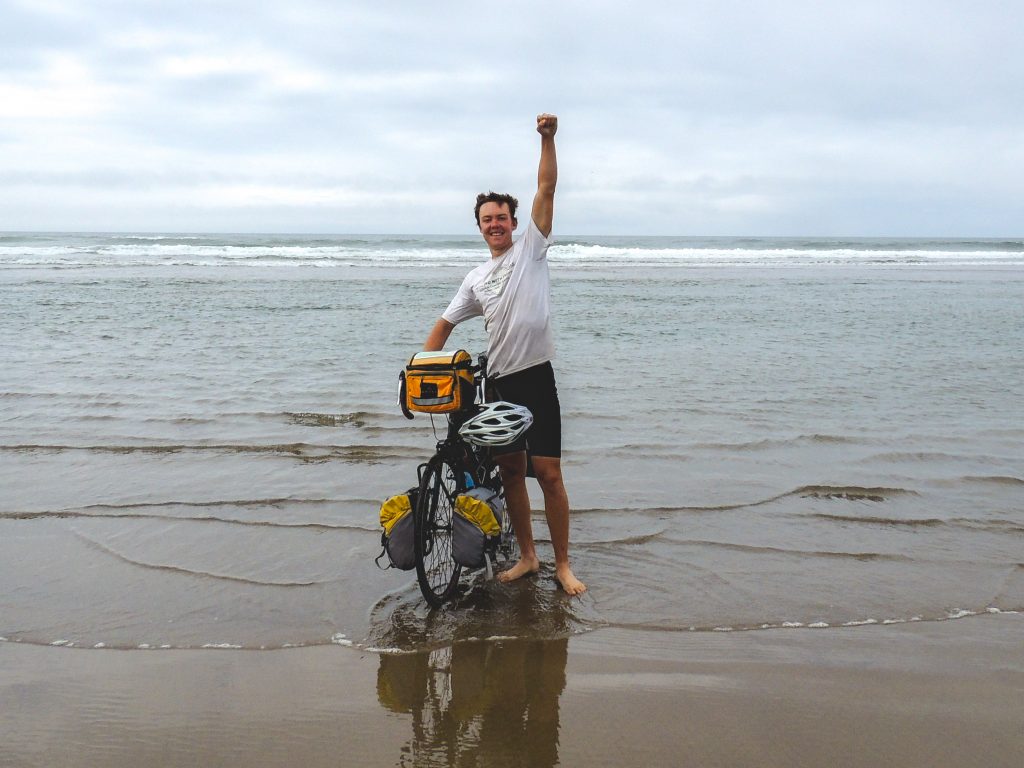 After keeping a blog of my cross country bike ride, my desire to head into medicine waned, as a need to continue writing, traveling, and sharing ideas consumed me. Life was meant to be a daring adventure, not the calculated, “safe” existence that I had almost died living in my earlier years. I wanted to help people come alive and be alive myself. Over the next year and a half, I backpacked 221 miles on the John Muir Trail, worked as a deckhand on a cruise ship, WWOOFed on a farm on the Big Island of Hawaii, and moved to Playa del Carmen, Mexico to work on a start-up company and write for my website in an inexpensive Caribbean paradise.

I learned the in’s and out’s of travel. The costs of constant adventure became a fraction of the costs of life at home. Learning how to earn free flights, discovering work trade jobs all over the world that offered free accommodation, and leveraging the value of the U.S. dollar, the world had extended open arms to me. However cheap, though, one must still have some income and I was devoting my days to two projects that had yet to provide any. It was spring and my funds, however slowly, were dwindling. I needed to earn money that summer and in a moment of brilliance, I Google searched “cool jobs” one morning. That’s when I found CoolWorks. I breathed deep relief with the realization that many chapters of adventure could still be written. With a job for the summer somewhere amazing, I could refill my bank account and then jet off anywhere with enough money for the other three seasons of the year. 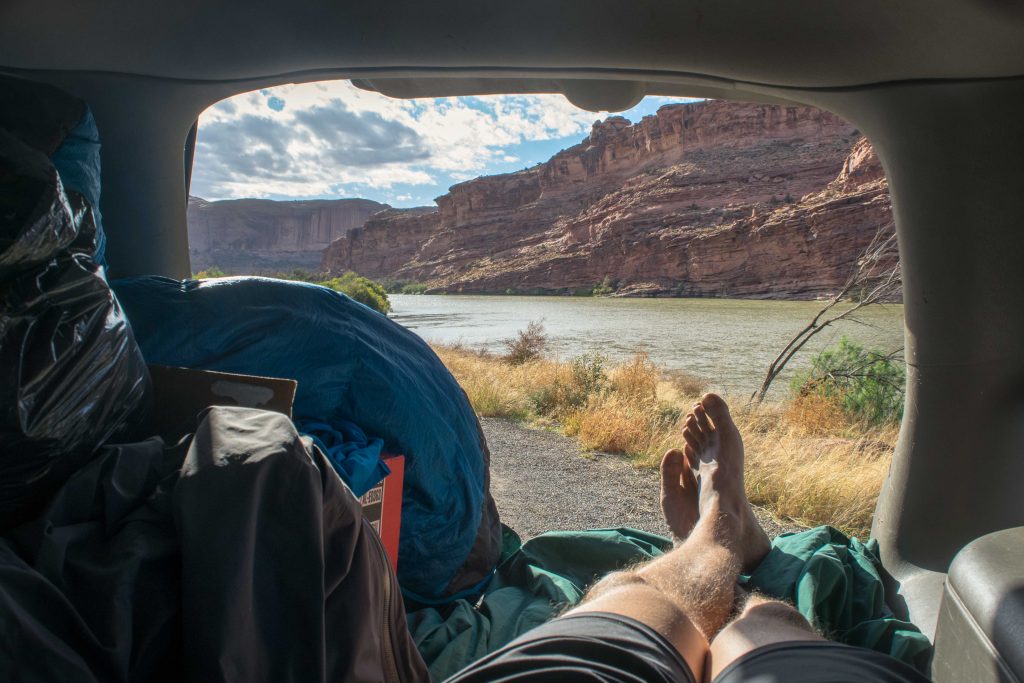 That day, I applied for seven positions through CoolWorks: shuttle driver for two Alaskan flight tour companies, bicycle tour guide in Skagway Alaska, zip line guide in the mountains of New Mexico, bellhop for a hotel in Big Sky Montana, trip leader for a travel company in San Francisco, and general store worker just outside the gate of Yellowstone National Park. I heard back from most employers, but an offer for a position I didn’t apply for shone brighter than the rest. The general store just outside Yellowstone was already fully staffed, but they liked my resume and asked if I wanted to manage their lodge and re-open its bar for the first time in a decade. I did a little research on The Range Rider Lodge, discovering it was built in the 1930’s as an “adult playground” for drinking, gambling, and prostitution. Ernest Hemingway used to drink at the bar on summertime Saturday nights while he lived on a nearby ranch writing For Whom the Bell Tolls.

I said yes to the job immediately.

I new flavor of freedom, I paid $1500 for a Dodge Durango and spent ten days on a road trip from Phoenix, Arizona to Silver Gate, Montana, exploring National Parks and sleeping in the back with the seats down each night. Upon my arrival, I hopped out of my car and gaped at the still snow-capped mountains surrounding my home for the summer. Shocked by their height and majesty, excitement pulsed through me. I vowed to myself that I’d climb each peak by the end of the summer, a promise I managed to keep.

That summer, I worked in a variety of roles: housekeeping, running the general store, managing the lodge, bartending, photographing rooms, writing advertisements, placing orders with distributors, hosting college classes and a wedding, and assisting in the construction of a new well system. In four and a half months, I put in a lot of hours and I made a lot of money. I saved almost all of it—my only expenses, food and gas. 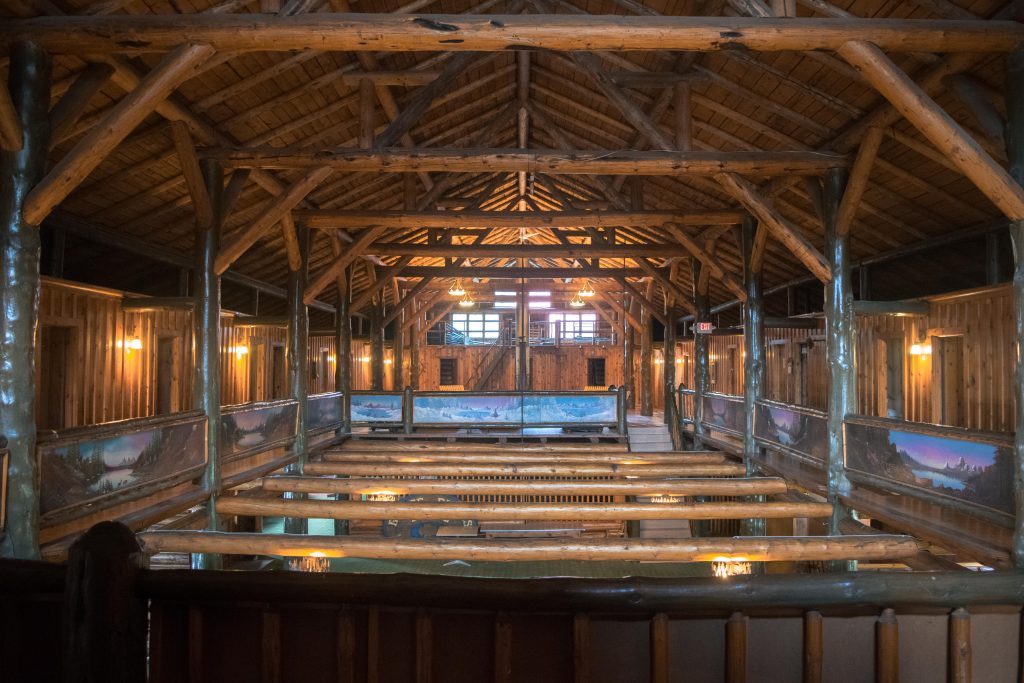 The Range Rider was architecturally stunning, and guests from years past returned just to see it again. Every day, people would walk through the door. Some who stayed a decade before, others three or four decades previous, and one man who finally returned 64 years later. They would come to see its magnificent log interior and arches once again, always armed with stories to tell me. Working the bar one night, an older woman approached with a smile and explained that her grandfather was the first bartender of the Range Rider! He had served Ernest Hemingway at that very bar and drove him back to his ranch on occasion after he’d had too much to drink. I found a certain magic to the lodge, and as the summer passed, my affection for it grew, as did the meaning I found in trying to bring it back to life.

My journeys away from the lodge and into the mountains were wild. There are only a handful of faint trails in the mountains surrounding Silver Gate, and in my quest to reach each peak, I had to find my own way. Some mornings I’d strike out and reach a summit. Other times I’d encounter impassable cliffs or raging rivers of snowmelt, forcing me to turn back. I learned to read the land and grew confident that there was no need to follow in anyone’s footsteps. In the thick of the forest, I was always a little on edge, encountering bison, coyotes, deer, and once a bear that I first smelled, then heard its resounding yawn, but didn’t stick around to see. Near the tops of mountains, I shared surreal moments with mountain goats and bighorn sheep. Once, wearing a hooded gray rain jacket, camouflaged among the gray rock of a mountaintop, a hawk landed maybe four feet behind me, and both unaware of each other, scared the wits out of ourselves when I moved and he screeched, frantically flapping away. Those mountains were a world apart from humanity. I never encountered another human being in my solo adventures the entire summer.

With a couple weeks left in the season, I listed two rooms of the lodge on Airbnb. They were booked the same day we released them and every day remaining of the season. The summer season over, I left Silver Gate in October and spent another ten days on a road trip back to Phoenix before jetting off to New Zealand for summertime on the southern hemisphere, from which I type these very words. I’ve explored both islands of this country over the past four and half months while I plow through books, write daily, and live with people from around the globe with but a portion of the money I saved over the summer. Next week, I fly back to Phoenix and jump in my old Durango to head north once again, back to The Range Rider Lodge for another season.

Once again, people will come by for another look and tell me stories of their time in the Range Rider. Stories of wild times, of being young, of feeling alive. And I’ll listen and smile and watch as they wander around gazing with wistful remembrance and feel so fortunate that of all the people who come as quick as they go in awe of the Range Rider and those mountains, that I get to live amongst it all summer long. And when the summer is over, I’ll jet off to explore some other magnificent part of the world with a full bank account, an empty notebook, and disbelief that I get to spend my time doing the things I love most. A big thank you to CoolWorks for making it all possible. For connecting me with a place to find adventure and meaning as I fill up on money to continue to write and travel and live in rapturous awe of life.

Read more about Ethan’s adventures and thoughts on how to “do more than exist” at www.thelivingtheory.com