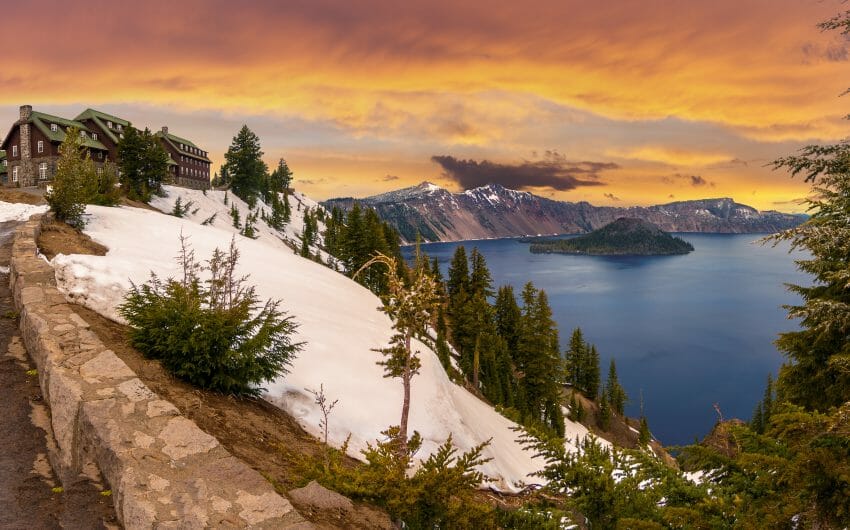 First off, if you haven’t already, you may want to check out our blog post: “What is a Seasonal Job”. Once you know what they are, the next question usually is – how long is a season? Short answer is: it varies depending on the employer, the location, and the time of year. Let’s break it down.

When it comes to seasonal jobs, there are two main seasons – summer and winter. And within both of those there are short, typical and long seasons.

A long summer season – at its longest – can start sometime in the early spring, April, and run all the way through October. Mackinac Island, MI employers and most National Park employers, for example, have that long of a season. A long summer season, generally speaking, would be 5 months or more.

A typical summer season generally runs from mid-May through mid- to end of September. This is common for many of the Guest Ranch jobs as well as a lot of the Alaska employers, whose operating seasons tend to coincide with the summer cruise ship season.

It’s important to note, if you’re a university student, there are many summer seasonal employers who will offer you a work contract from when you’ve finished spring semester till when you need to return for fall semester. That, of course, varies depending on the university, but is typically a mid- to late May start and an early to mid-August departure.

A short summer season can be found with a Summer Camp job, and also in the form of a late summer or early fall position. Employers with longer summer seasons will often do a second round of hiring starting sometime in July for a mid-August start till the end of their season, typically mid-October. So this can be anywhere from 6 – 10 weeks.

Moving on to winter, a long winter season can be from mid-October till the end of April. Southwest guest ranches often have operating seasons of this length.

A standard winter season for ski resorts and satellite businesses in ski resort towns generally run mid-December till about the beginning of April.

As far as a short winter season, some ski resorts will hire extra help to get them through the holiday crunch period, but most will want you to stick around through at least of President’s Day weekend, as this is often their busiest weekend of the year.

Short winter and summer seasons also happen from employee attrition – employees leaving in the middle of their work contract for one reason or another. So if it’s the middle of a season, and you think it’s too late to make the leap into a seasonal job, it’s not! And working a short season is a great way to test the waters of the seasonal work world as well as getting to experience some amazing places.

Lastly, there are the shoulder seasons – the in-between seasons of spring and fall. There are some employers who actually have a spring and/or fall season, like retreats and conference centers. But traditionally in the seasonal work world, the shoulder seasons are the time to hit the road with the cash you’ve saved. And it’s a great opportunity to volunteer for some of the causes your most passionate about.

So, with all that said, there’s pretty much the perfect season for you. It’s always a good time to find a seasonal job! One final tip, when you do find that perfect employer and season dates and sign your work contract, make sure and live up to your commitment and finish your season. It’s always good to end any endeavor on a high note!