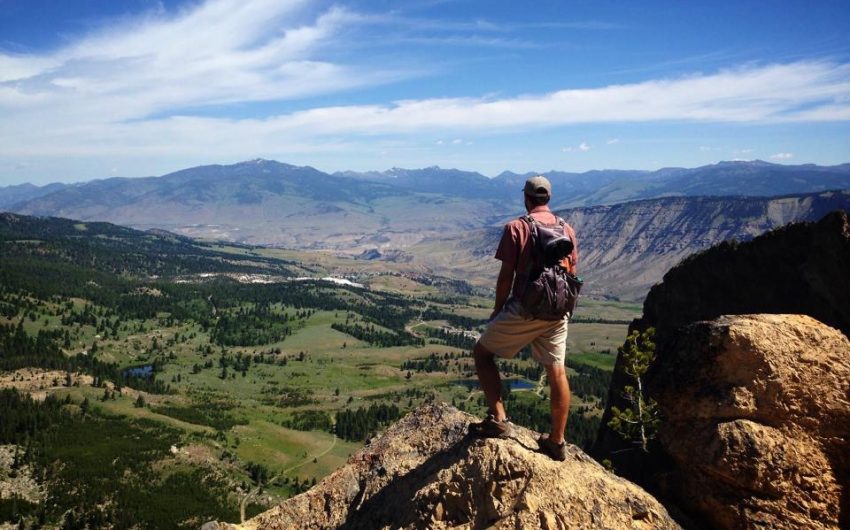 My love affair with the American West began in 2009 with a cross country road trip after college. That summer, I traveled through 27 states and covered over 10,000 miles in six weeks with a friend in a car far too small for my 6’3″ frame. We visited seven national parks that summer. I was blown away by the scale of the Grand Canyon, the majesty of Yosemite Valley, the enormity of the Redwoods, the beauty of Crater Lake, and the diversity and wonder of Yellowstone.

While I loved all of my exposure to the West, my heart was captured by the Yellowstone ecosystem. I loved the surrounding towns (Bozeman & Jackson in particular), the wildlife, the geography, and the geothermal features. A year after returning home to Atlanta with nothing to show for my college degree I decided it was time for a change–I decided to head West.

I had no idea how one went about finding work in a national park so I decided to do the natural thing and simply Google “Jobs in Yellowstone“. To my surprise and eternal gratitude, the first hit was Coolworks.com. I followed a link to an application for work with Yellowstone General Stores at Old Faithful. I spent an amazing summer working with some great people in an unforgettable place. Still, when the summer was over, I went back home to pursue “legitimate work”.

Fast forward to 2013. After a few years of jumping from one underwhelming job to another, I applied once again to work in Yellowstone for the same company at the same store. I’ve spent the last three summers there and have found it to feel as much like home as Atlanta does. I’ve made lifelong friends around the country and around the world and spent over a year of my life in a place people spend thousands of dollars per week just to visit for a short time.

I realize that not everyone is suited for a seasonal lifestyle – but for me, it’s perfect. I use my summer employment as an excuse to travel to and from Yellowstone in the spring and fall while exploring the incredible Yellowstone ecosystem in the summer. Since that initial summer road trip in 2009, I’ve completed 6 more road trips most people only dream of. I’ve been to 45 states and explored most of the “big” national parks in the lower 48. I’ve hiked to the Colorado River and back to the rim of the Grand Canyon twice, I’ve hiked to the top of Half Dome twice (and sworn I’d never go back up those cables again–twice), I’ve been atop Angel’s Landing and wandered through the Narrows at Zion… I’ve been blessed beyond measure by seasonal work and the opportunities it’s provided me and wouldn’t trade it for anything.

I’ll likely be spending a fifth summer in Yellowstone this year but I just might defect for Alaska or some other awe-inspiring location. The beauty of Cool Works is knowing I’ll always have amazing options.

I’ll be doing my second season in Alaska. You really need to do it. I’m actually thinking about driving from south Florida this year!