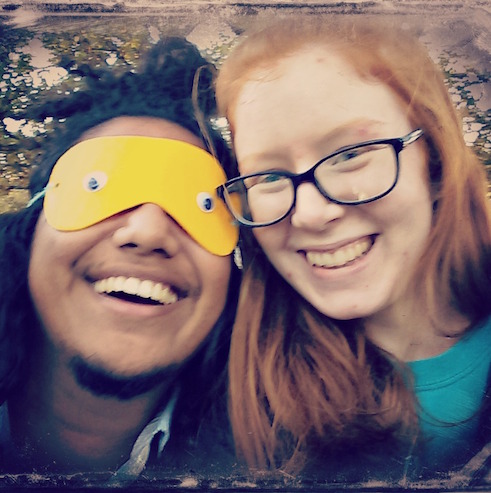 There’s a solitude that comes with finishing a contract with any seasonal employer. The connectivity, the challenges, the humor, and the responsibilities during the season combine to create an other-worldly experience for those in the “bubble”. That hit me as my fall adventure at Camp Summit in Argyle, TX came to a close. A dear friend had invited me to her home for Thanksgiving, keeping the Summit mentality alive, but landing in St. Augustine- and more recently Tampa- has offered me the first real taste of closure. Have you been there?

As I process the year, I am filled with overwhelming joy. The people I met and the challenges that met me have all amassed in my heart, and I feel truly blessed.

Last January found me in a bed, recovering from a burst appendix. I waited four days before going to the hospital and on arriving was told I should not have lived (are they allowed to tell you that? haha). I learned what it means to be dependent. I experienced, on a small level, the frustration my campers would feel months later because of their inability to help themselves. It gave me a fleeting glimpse of the kind of strength it takes to be a person with limited ability. To work that hard every day for as long as you live, and do it with a genuine smile on your face, is truly awe-inspiring.

June found me in New Hampshire as an Athletics Counselor for at-risk youth. The level of attention and respect given to both the staff and the youth was nothing short of life-changing.

Before the campers even set foot on the island, the staff were busy unifying and being put through many of the same challenges we would be asking of the boys. So me, with my fear of heights and zero climbing experience, strapped up and took to what looked like a 70′ vertical up a tree (in blinding rain, because it happened to be raining that day). The fear I felt then gave me insight into how a young man would later feel as he stepped off that ladder. Even our most trying times are bridges to those who will follow. I was reminded that fears are gifts only able to be utilized when overcome.

One of the exciting things about my time there was not just the emphasis placed on bettering ourselves, but the application of skills we already possessed. It allowed me to see, practically, the positive change I can make in my community with gifts I never before saw as helpful. For example, If you arrived with a love for guitar, you are encouraged to teach a class on guitar. The same went for chess, hand drumming, or even rubix cube. The limit was only what you felt comfortable teaching and your own imagination. What a challenge. Get better, so I then have more to give.

The fall found me at Camp Summit during what would be the camp’s final season at their Argyle location. Camp Summit provides barrier-free outdoor experiences that promote personal growth and foster independence for children and adults with disabilities.

I remember my hesitation upon arriving. “What if I have to do CPR?”, “How do I communicate with a person with limited hearing?”, and “Am I really qualified to do this?” were all questions I asked myself, but they were also questions that washed away the second I met my first-day campers. Without so much as a “hello” I was showered with hugs and smiles. It was such a relieving moment. I didn’t have to BE anything. The love given was an unconditional one, and I was able to have confidence in myself and in the training already provided.

The staff at Summit were very supportive. This came in the form of goodies from the office, encouraging notes from your “secret pal”, the availability of the nurses, one on one talks, copious amounts of laughter, and much more.

My heart fills with joy when I think of the campers. They were some of the strongest, most selfless men and women I’ve had the pleasure of knowing.

They were comedians and artists. They were poets, climbers, and dancers. They were runners, musicians, horse-riders, professionals, and athletes. It was not ALL cook-outs and finger painting, but when I consider my time at Camp Summit, I appreciate so much more all that I’ve been given. You can’t not be moved after watching someone shoot an arrow with her teeth, or watching someone dance in their wheelchair, or watching a man with a fear of heights complete an entire low ropes course, rock wall, and zip line. I am so thankful for Camp Summit.

Working at these two camps revealed my weaknesses to me more pointedly than I’d have cared for, but in the open, I am able to eradicate them. They have made me a little slower to speak, a little quicker to listen, a little more appreciative. I leave this year with more experience, love, and some of the best friends a man can ask for.