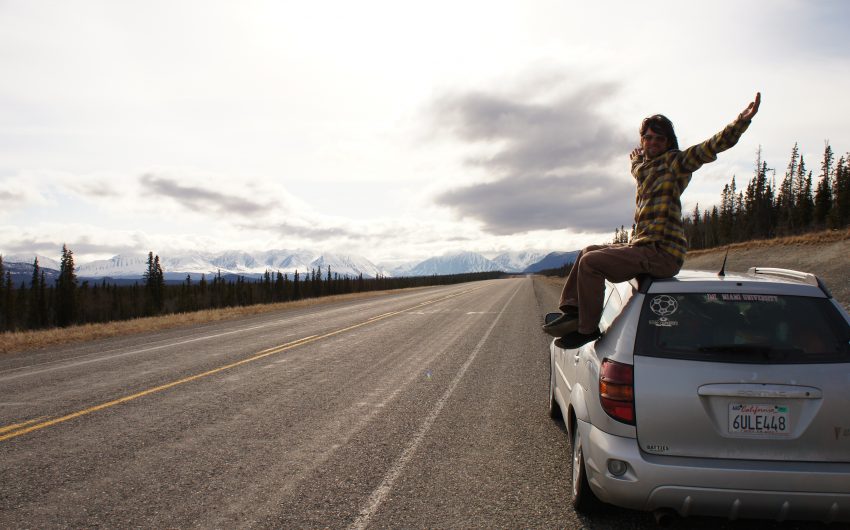 I was 20 yrs old and hittin’ the road. Excited would be an understatement, though I won’t discount the nerves. The American journeyman, adventurer, and wanderer has usually followed some kind of internal compass which more often than not has pointed west. Growing up in Western Oregon, I had little option but to head east. Montana bound, with ideas as big as the approaching skies, I headed towards my first seasonal gig.

Traveling alone has always brought me a powerful sense of anxious freedom, one that vacillates between joy, hope, and fear. As the sun started to set, and the miles brought me closer to the Montana guest ranch which would be my home for the next 3 months, and for the next five summers (unbeknownst to me at the time),  my nerves started to get the best of me. Doubt crept over me like a wool blanket, scratchy and suffocating. “What in the world did I get myself into?” I wondered. Funny how the cover of night can play tricks on our confidence.

Oh my, if the me of now could see the me of then. What would I say to myself?  What epically wise words of advice would I pass along? Probably something along the lines of; “Embrace it kid. This will be the beginning of a new you, the beginning of new life, the beginning of the most adventurous and defining years of your life. Don’t let doubt hold you back.” It doesn’t quite fit neatly on a bumper sticker but sound advice nonetheless.

Since that moment I’ve grown to accept the Goose as my spirit animal. Traveling with the seasons, moving from beautiful place to beautiful place—I can think of no better life for me. If I go down, this is the way it should happen.

I have worked seasonally now in Montana, Alaska, Ecuador, East Africa, Florida, in the deserts, mountains, and oceans of California. I’ve made the best of friends, and said many goodbyes. No regrets, not one.

It’s not enough to just ramble, to migrate with the seasons, to explore. One must breathe it in, deeply, slowly, intentionally.  We have one life, this is it, the only one. And if I go down, this is the way it should happen.