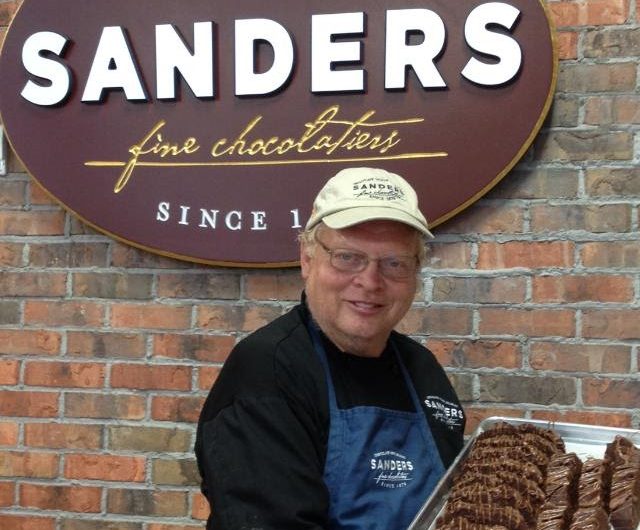 I had been cooking for more than 10 years when I first heard of people that would work seasonally. I was a sous chef at a local resort in Wisconsin and was training a cook for the summer. He told me about how he had worked at Grand Canyon and Yosemite National Park. A couple of years later in 1996, I was surfing the internet and came across a new website called CoolWorks.com. I think it was about a year old at the time. I was thinking about changing jobs and searched through the site regularly. I happened to take another job, but it was local. I had some questions about working seasonally. I was no longer in my 20s, I had benefits to think about, 401ks, what was I going to do with all the items I had accumulated over the years? I was also a little worried about what to do in the time between jobs. But every couple of months, I’d look at the site again. I joined their forum section and asked some questions now and then.

I was always planning to do a lot of traveling once I retired. The job I took was at a local retirement community. There I met a couple of people that did a lot of traveling, and they told me how they wished they would have started traveling earlier in life. They would just stick to the tours and cruises for the most part, because the physical hiking and climbing were just getting to difficult. I also met a few that said they had always planned on traveling, but then there were the grandchildren and all the various groups and charities that they belonged to, and they were actually busier than when they were “really” working.

One sunny June afternoon in 2005 I was walking across a street. I was within the crosswalk and had a walk signal. I saw the car out of the corner of my eye before I was landing on the hood, rolling over the top and crashing onto the cement roadway. The driver said she didn’t see me. Luckily, she was driving a Neon which has a sloping hood. If she were in anything like a truck or SUV or even a boxed-front I would have been roadkill. As it was my right shoulder was 4 different shades from light blue to brown and black…it took the brunt of the hood where I dented it. The left side of my pelvis hit the ground first, it was cracked in three places. Then there were several other scrapes and bruises.

As I lay there most of the summer trying to find a comfortable position…right side my shoulder, left side my hip…I made some decisions about my life. One was that I would never work again just to pay the bills and worry about the future. Another was that I wouldn’t wait to travel more.

By the next spring, I was all healed and getting bored with the work I was doing. I went to CoolWorks.com and the first position that grabbed my eye was a breakfast cook in Grand Teton National Park. I didn’t even know where that was, but I filled out the application online and started looking for other possibilities. I was about to fill out another application when my cellphone rang – it was the lodge with the breakfast cook position. We talked for about half an hour, and she asked me if I could be there in ten days. I said that was fantastic.

Since that first season I have learned to ride horses working at a dude ranch in the Sonoran desert, learned to ski at a couple of ski resorts, sharpened, albeit to a dull point, my golf game in Vermont, learned about dog mushing while working at an Alaskan lodge owned by an Iditarod veteran, salmon fished the Kenai River and Resurrection Bay, explored historic Mackinac Island, lived a couple hundred feet from the rim of the Grand Canyon, and enjoyed expansive Denali.

It’s not the places that first come to mind, though. It’s the number and diversity of the people I have worked alongside.  I have met, lived with and worked beside people from every state and many countries including the Czech Republic, Russia, Kazahkstan, Peru, Brazil, Chile, Poland, Romania, Bulgaria, Moldova, Ukraine, England, New Zealand, South Africa, Australia, China, Philippines, Singapore, Taiwan, Serbia, Jamaica, Nicaragua, Costa Rica, Guatemala and Japan.

I have also seen a lot of wildlife and new plants and geologic formations that those suburbs of Wisconsin didn’t provide.  All the big ones people think of…bears, and moose, and elk, and wolves.  Mountains, oceans, and desert.  Most of all I have become really interested in birding. There seems to be a whole new set of birds wherever I go! It is quite fascinating.

I have also met several CoolWorkers with similar life changing stories.  A couple of cancer survivors, a fire escapee, and a person amazed they lived through a car accident and saddened because not everyone did.

I decided to take my cooking skills and hit the road, and I’ve built some new skills along the way. It’s all about new people, new places and new experiences.

What a great story!! I want to travel before we retire, I don’t care about being rich, I want to be rich in experiences. Just getting my hubby to want to jump in to this journey with me as well.