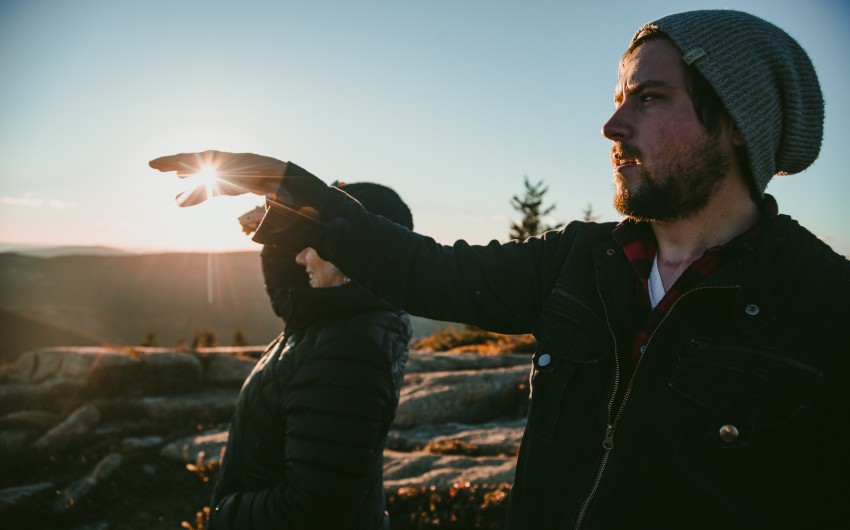 I’ve heard it 100 times and I’ll say it at least 1000 times myself: Quitting my job was the easiest part of it.

It started as a brisk morning in early October of 2015, and I had just arrived on the job site. I was working as a construction laborer at the time, and this week’s job was installing windows into a newly built house near Novi, Michigan. I spent most of the morning dodging my boss until after lunch, when I had planned to break the news. Noon came and went, and I eventually got the knots in my stomach untied long enough to approach him.

“Maybe, why are you asking?”

I told him that Angela – my gal and adventure partner of 3 years – and I had accepted jobs in Valdez, Alaska, and that we would be leaving at the end of the month. His response began with an expletive, followed by an awkward silence. I stood in front of him as he rubbed his forehead and stared at the ground.

And that was the end of the conversation.

Angela was working as a graphic artist in a print shop at the time. She had a small, tinted window in her office that pointed toward another small, tinted window at the front of the shop where she could sometimes catch a glimpse of sunlight, depending on the time of day. While I was breaking our news to Bob, she was having a similar conversation with her boss.

It all came shortly after the discovery of Coolworks.com. We would spend hours looking through all of the available opportunities and imagining our lives elsewhere. Our occasional jokes about wanting to leave our current lives and never come back to them turned in to daily conversations, and we soon decided that we could do much better for ourselves.

We had applied with the feeling that never in a hundred lifetimes would we ever get the job. It felt like applying to win the lottery, but within the same week, we had interviewed and accepted our positions as winter caretakers at the Tsaina Lodge. The elation and excitement we felt when we received the offer is something I will never forget.

The next 3 weeks were full of substantial planning, packing, and late nights of beers and good-byes. We scraped up literally every penny we had and hit the road, with nothing but gas stops, toll roads, and the absurd amount of bison and mountain goats blocking Highway 1 to slow us down. The trip from Michigan to Alaska took us about 10 days, and we haven’t looked back since putting the car in drive.

It’s been a little over 3 years since we made the decision to leave the Great Lakes. A brief account of the amazing opportunities we’ve had since include;

There are about a million and a half stories in between all of these bullet points that include some of the greatest people, places, and opportunities we never would have had the chance to encounter without taking that first step. The jokes of leaving our lives behind have been replaced with jokes about going back to what we had before discovering seasonal work. On top of getting paid to vacation, seasonal work has helped us get control of our finances, as most places offer free/inexpensive housing with utilities included. Work is usually within walking or biking distance, which has also helped in leaving us with very few bills. And don’t even get me started on the end of season bonuses!

Seasonal work has also provided us with a strange and wonderfully diverse skill set I had only ever dreamed of having. We have learned everything from navigating the sea by chart, to troubleshooting issues with huge diesel motors, properly responding to emergencies in a wilderness setting, and having the confidence to take positions in leadership all over the globe.

I am eternally grateful to everyone at CoolWorks for opening our eyes to the seasonal lifestyle. Their mission and pursuit of life improvement through the outdoors has been our mantra, and their entire staff has been absolutely wonderful to us every step of the way. Dream vacations have become our every day, and a new adventure is only ever a few months away.  Since making the decision that brisk October morning, our lives have been nothing short of a great adventure, and we feel very fortunate to be living it.

If you’re on the fence about starting life anew in the seasonal industry, I will leave you with this;

The only difference between our story and anyone else’s is that we woke up one day, and said “yes.”

I love your inspiring story and look forward to joining this lifestyle. Thank you for sharing it. I’m kicking it off with a summer camp job and will be checking back here for my Fall adventure. I do have two questions. How do you handle health insurance? And do you have a home base address for such things? Cheers!