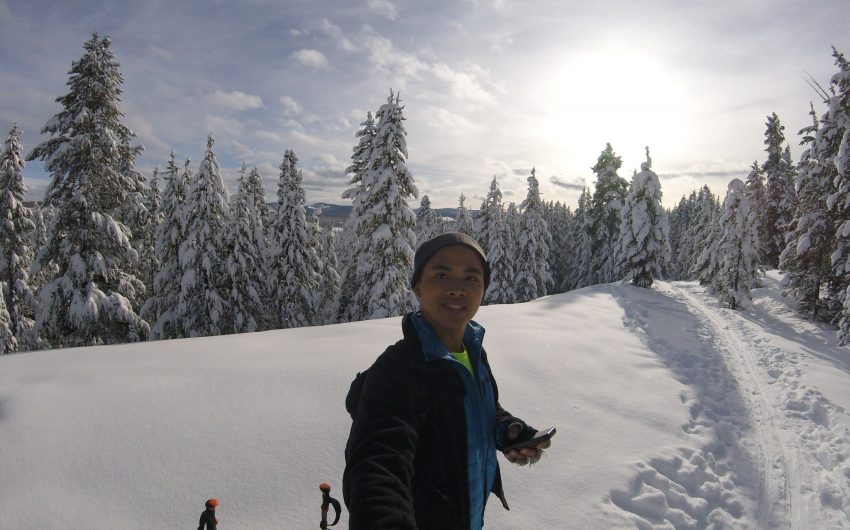 I came to CoolWorks from a slightly different perspective than some others here. I had already had my reckoning with the “real world.” I had invested tons of time and energy into graduating near the top of my class in one of the hardest majors at a top tier school. I was so burnt out, I couldn’t fathom jumping straight into the biotech field. I spent the next 2.5 years in a sort of limbo, working a dead end job, not quite sure what to do with myself.

In that time, I took some short trips abroad and developed the travel itch. Eventually, I decided enough was enough, so I went abroad for two years and had the time of my life, from jungle trekking in the Philippines to snorkeling around Samoa and eating like royalty. I spent 15 months working and trekking through New Zealand, and I met some amazing people along the way. But at the end of all that I ran out of money and had to come home.

The post travel blues were too much to take, and here is where CoolWorks came in. One of my best friends I met while abroad had worked seasonal jobs in the US for years and referred me to CoolWorks as a great source for finding jobs in amazing places. So two months after coming home from being abroad, I decided to keep the adventure going. I applied for a job at Acadia National Park, heard back the next day, had an interview a few days later, and got hired the day after that. Before I knew it I was spending my 2017 summer in coastal Maine.

I cannot say enough about Acadia National Park. In the span of a day, you can kayak along the coast, hang out on the beach, hike through the forest, summit a mountain, and sit down at the end of a long day for a lobster dinner with a water view. Watching the seasons transition from winter’s thaw into spring bloom, to the summer heat and changing fall foliage was amazing. Seeing that all unfold from Acadia’s many trails was breathtaking.

Following my first CoolWorks gig in Acadia, I went home for the holidays before getting a winter job at Yellowstone National Park. The transition from California “winter” to Montana winter was a bit shocking. My first day walking to work at -20F while the wind blew snow in my face was a new experience for me. But it was so worth it. My days off were spent snowshoeing along the Madison River into the park in complete solitude – dead silence except for the crunching of snow beneath my feet; the crisp mountain air stinging my lungs yet somehow refreshing all at once; the wind, sometimes softly rustling the trees around me, sometimes howling fiercely, with imposing, snow-capped peaks looming in the distance. A few times a herd of bison grazed lazily across the river from me, not 30 yards away.

But my winter wonderland couldn’t last forever. The season came to an end and I went home again for a month. Now I find myself back in Acadia where my CoolWorks journey began. I suppose I impressed my boss from the previous year because now I’m part of the management team here. I’m glad to be back facing new challenges with both old friends and new ones.

And I’m grateful to CoolWorks for presenting me with these opportunities. If you’re tired of your day to day routine, if you’re looking for a change of pace, if you have a passion for the outdoors and exploring the wonders that are our national parks, or if you’re just looking for a way to fund your next adventure, I cannot recommend CoolWorks enough. There’s something out there for everyone. Take the leap and you won’t be disappointed.

Simpley wanna work as a travel blogger. If anybody wants to assist me in the endeavor, please contact me. Let’s make it happen!

I’ve always wanted to do this too. Only problem is to keep it funded. I currently live in seattle but dont mind relocating.

I’m grateful to hear your story

But if your not from the USA it’s hard, are there any similar web’s like coolworks where there is work in different countries, although I’d love to work in these National Parks but I’m just not going to get the visa 🙁