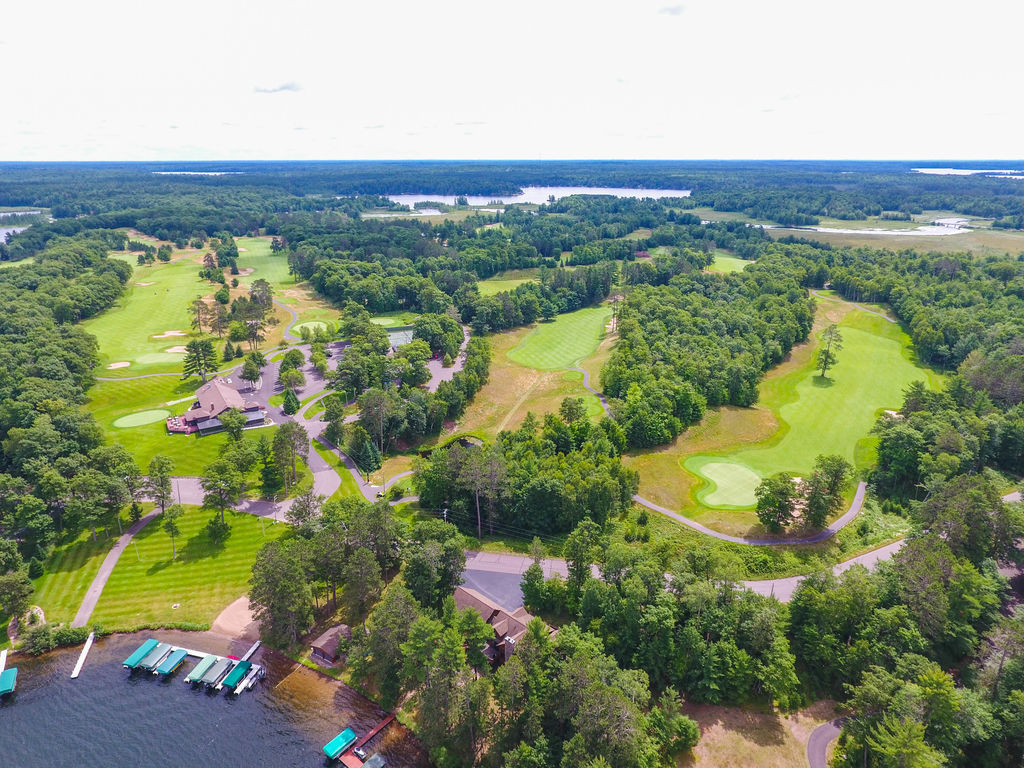 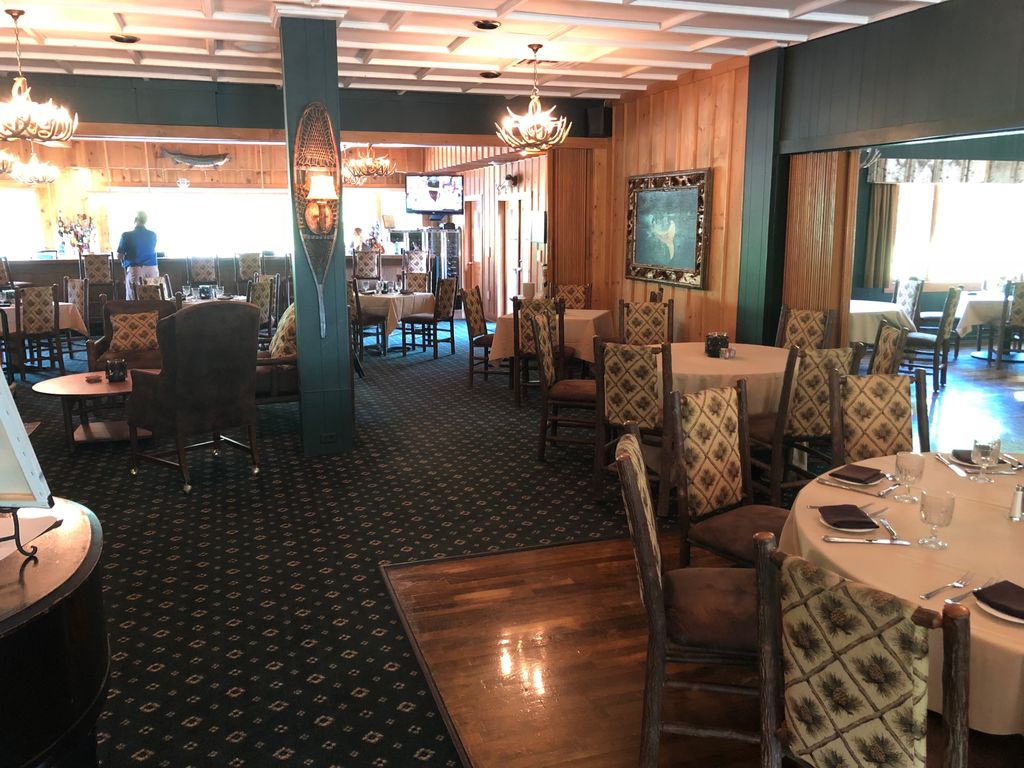 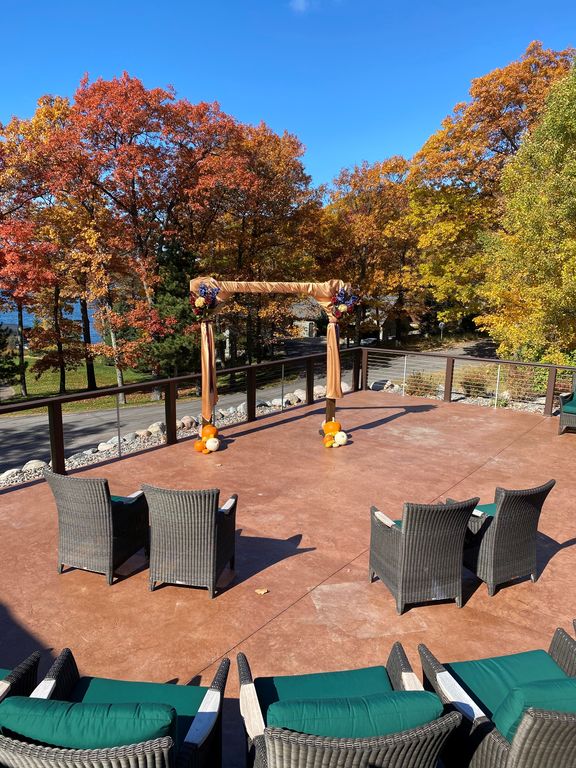 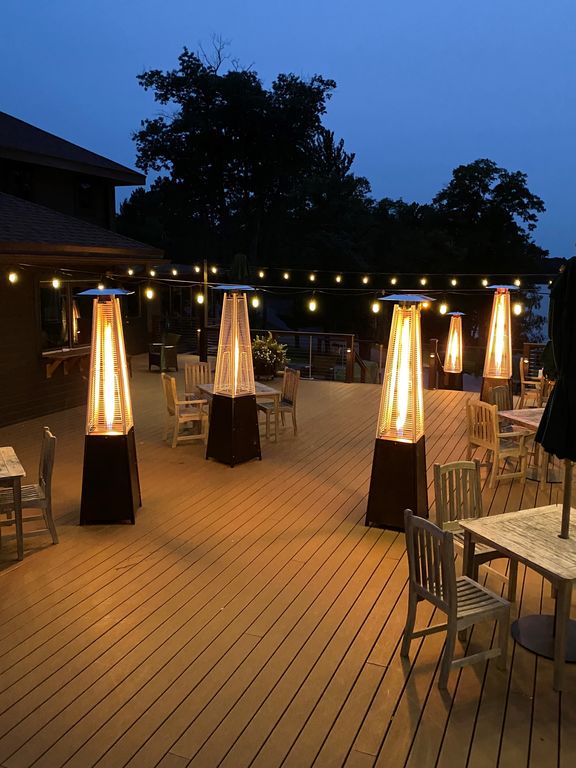 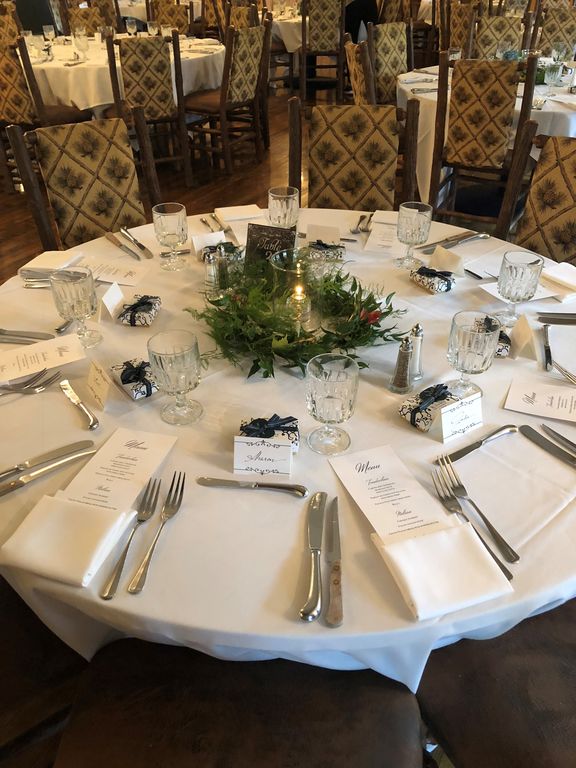 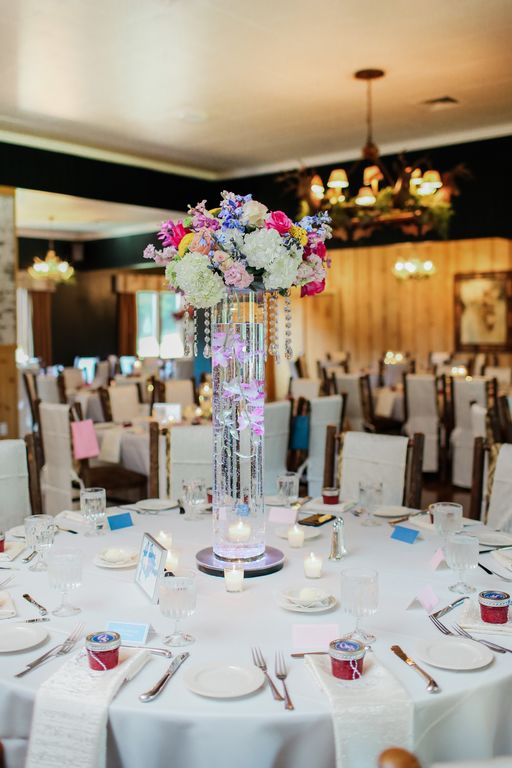 Spend the Summer in the Northwoods of Wisconsin.

Located in the Northwoods of Wisconsin on beautiful Lake Minocqua.

Marketing of the Lakeland area in the Northwoods of Wisconsin as a vacation paradise go back many years. Men of vision journeying to the north in the early 1900's realized the potential of the area... and began the business of the promotion and selling of what we know today as The Minocqua Country Club.

In 1910 Vic Lamson of Fairfield, Iowa purchased the land known as The Minocqua Country Club Complex. Vic divided the property into 100-foot shoreline lots, and in 1911 the first private cottages were built. The golf course was designed in 1915 by C.C. Clark and Hubert Howard. The clubhouse and the course were built and opened in 1917.

O.E. Heisser of the Minocqua Heights Hotel Co. and a professional golf expert, J.J. Sturm of Chicago, were hired as instructor and director of the course in 1922. The Clubhouse was expanded to 100 feet long and 50 feet wide, adding a kitchen, lobby, lounge, and screened veranda and the first Clubhouse cottages were also built. The remodeled facility opened in July of 1923. It became a popular place with two major golf tournaments held each year.

Vic Lamson continued to sell his lots until his death in 1926, although the ownership of the budding resort complex changed hands many times, and there were a variety of plans announced for its use, including a 100 room hotel, that never came to fruition.

This complex operated under a board of directors from Chicago until 1934. Under a reorganization in 1934, three principals incorporated under the name Minocqua Country Club. 500 shares of stock in the Club were offered with a face value of $100. This sale was completed in 1939.

In 1959 a new kitchen and air conditioning were added and the golf course was re-done. In 1965 they started planning the second nine. They completed architectural studies but were not able to arrange the financing.

In July of 1998, the shareholders of the Club approved expansion plans, which included the construction of a completely new golf course. Plans to move ahead were contingent upon the Club raising $2,000,000.  This was accomplished on November 1, 1998, by signing up 150 golfing members and obtaining pledges of $50,000 each from ten individuals.

On July 4th, 2001, all 18-holes of this championship golf course officially opened for play.

The club is filled with an active membership who enjoy the finest golf and social experiences.  The original clubhouse remains today, although numerous renovations and updates have been made, adding to its Northwoods charm. The kitchen features a full fare of dining choices. Other improvements include the bar area, a new deck and dining room overlooking beautiful Lake Minocqua, winterizing the club's offices, as well as a new roof and air conditioning. The clubhouse grounds have also been beautified with the addition of a new parking lot and a complete, automated irrigation system. In addition, there are two tennis courts with a budding tennis program beginning to take shape.

Since its opening, the golf course has had nothing but rave reviews and is maintained in pristine condition. While it proves to be quite a challenge from the championship tees, six sets of tees allow players of all abilities to enjoy playing it on a regular basis. The golf course is consistently in tournament condition and provides a first-rate practice facility that includes a full driving range and a short game practice area.

We are looking for self-driven, ambitious and hardworking individuals to provide an exceptional experience to our members and guests. This is an environment where you will get out what you put in.

Fully furnished housing is available for a minimal monthly fee in a shared house with multiple bedrooms and bathrooms. Tenants are responsible for cleanliness of house. Meals are provided for each shift worked.

Staff uniforms are provided at no charge as well as meals while working. There is a bonus structure in place paid out at the end of the season.

Getting Here and Getting Around

We are not on a public transportation route as we are somewhat remote. The housing is well within walking distance to the club and the town can be accessible by bike or a couple of mile walk.

Located in the Northwoods of Wisconsin, there are plenty of opportunities to enjoy the many lakes, hiking trails, and outdoor activities. Employees have access to our private golf course which has been rated the #4 private course in the state of Wisconsin.

Resumes can be submitted to raymondb@minocquacountryclub.com or applications can be found on our website via the link below and emailed to the address above.

Make your day a little cooler with a weekly dose of inspiration.
Get the latest updates and the newest job postings right in your inbox.

At CoolWorks, we believe that life is made of moments, and the best moments are when we feel connected to something bigger than ourselves. Connection sparks joy, and connecting with our community bring us immense joy. We’re enlivened and compelled to spread the word about jobs in great places, because they’ve changed our lives! More About CoolWorks

Have a question about a job or a place? Need a little extra encouragement? Know of a great place that we haven’t discovered yet? Send us an email, tag us with #CoolWorksJobs on Social, or release the courier pigeons. Contact us. We can’t wait to hear from you!